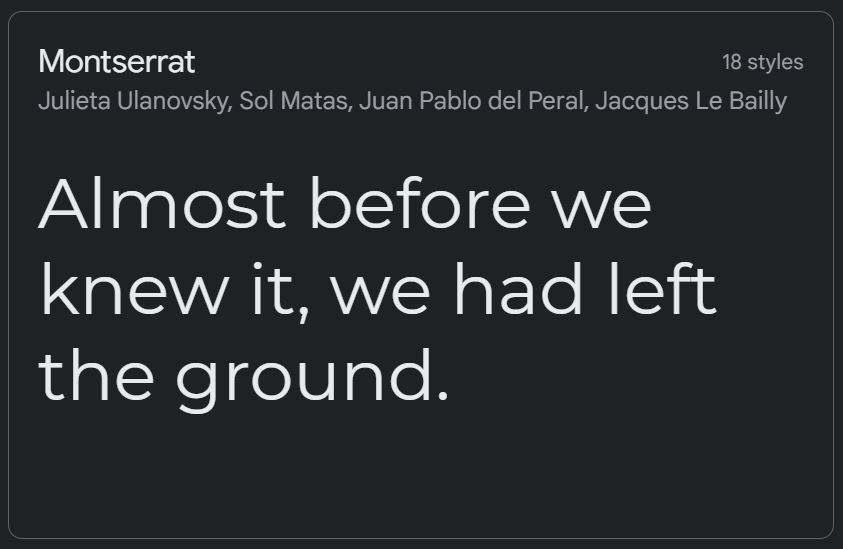 As ufvAb was looking for a new font for our website, we decided we should use an open font designed by a woman in order to give more visibility to women in the field of design. Our choice is « Monserrat » designed by  Julieta Ulanovsky for its inspiration coming from urban typography. It is a typography that conveyed « the idea of ​​portraying what was beginning to narrate cities as such. » – said Julieta Ulanovsky .

Julieta Ulanovsky began this project in 2010 while a post-graduate student of typeface design at the FADU, University of Buenos Aires. She launched it as a Kickstarter project in 2011, in order to complete the first public release and share it with the world through Google Fonts. She described it like this :   » The old posters and signs in the traditional neighborhood of Buenos Aires called Montserrat inspired me to design a typeface that rescues the beauty of urban typography from the first half of the twentieth century. The goal is to rescue what is in Montserrat and set it free, under a free, libre and open source license, the SIL Open Font License. As urban development changes this place, it will never return to its original form and loses forever the designs that are so special and unique. To draw the letters, I rely on examples of lettering in the urban space. Each selected example produces its own variants in length, width and height proportions, each adding to the Montserrat family. The old typographies and canopies are irretrievable when they are replaced. There are other revivals, but those do not stay close to the originals. The letters that inspired this project have work, dedication, care, color, contrast, light and life, day and night! These are the types that make the city look so beautiful. »